By Zaheer E. Clarke
Published February 4, 2019 in the Western Mirror

The fire with which West Indies played their cricket in the 1970s and 1980s has been extinguished for several years. It seems that unquenchable fire is returning. 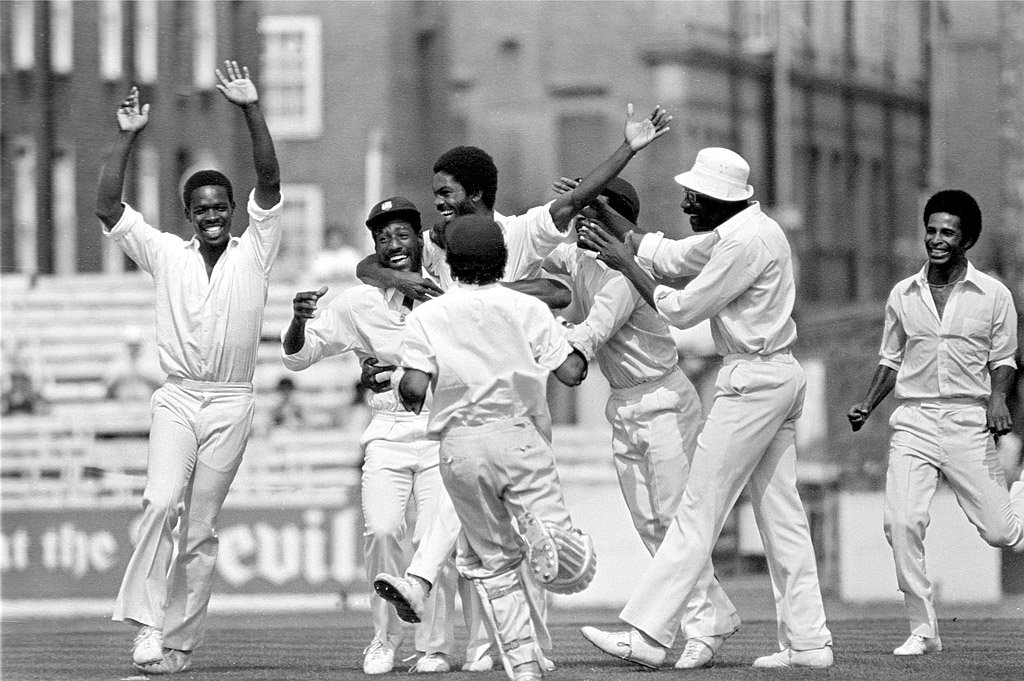 I had the opportunity to speak with the president of Cricket West Indies, Dave Cameron, a few years ago and I relayed to him in jape, a prerequisite my father believed every West Indian player should have before they don the maroon, grey and white.

As I have mentioned in the past, my father has not missed the coverage of a West Indian cricket match in over 50 years. In that time, he has travelled to see the team play; he has had his ears affixed to transistor radios and often his eyes glued – many days and nights – to the screens of tellies in support of the lads in both domineering and abject times. He has never abandoned West Indies cricket, whether during voluminous or exiguous times.

Simon Lister has won the 2016 Cricket Society & MCC Book of the Year award for his Fire in Babylon, How the West Indies Cricket Team Brought a People to its Feet.

Nonetheless, in recent years, he believes every player should be mandated to read Simon Lister’s book, “Fire in Babylon: How the West Indies Cricket Team Brought a People to Its Feet.” He believes this task must be completed before they are even allowed to walk out in West Indian colours to bat, bowl or field. Truthfully, if it were up to my dad, they would not only have to read the book, but they would also have to submit a full report on it as well.

Lister’s book, which won the 2016 Cricket Society & MCC Book of the Year award, beautifully describes the history of West Indies cricket in relation to its colonial masters, the British. It chronicles in life-like detail how cricket transformed the Caribbean people and its diaspora. According to Lister, West Indian cricketers from the 1970s and 1980s altered how cricket was played internationally and transformed the way a nation – which could only be found on a cricket field – viewed itself.

West Indies fans party on down at Lord’s.
© PA Photos

To borrow a few of Lister’s words, “Nowhere else had a game been so closely connected to a people’s past and their future hopes; nowhere else did cricket liberate a people like it did in the Caribbean.

“… Sons of cane-cutters and fishermen brought pride to a people [who] had been stifled by 300 years of slavery, empire and colonialism. Their cricket roused the Caribbean and antagonised the game’s traditionalists.”

Kemar Roach tormented the English batsmen in the first inning of the 1st Test in Barbados.
(Source: Jagabani TV)

After rereading those words last week, I began to wonder if President Cameron took the jocular rendition of my father’s advice seriously, and had the West Indian players read Lister’s book before the first Test against England. How else could I explain how the West Indies team, who looked hopeless and submissive at times over the past 25 years, metamorphosed into antagonists against the three lions of England in Kensington? How else could I explain the overflowing pride the players exhibited and that inundated the hearts of die-hearted West Indian fans, as their players pummeled the English into submission? Honestly, I was not surprised.

West Indies defeated England in the first Test by 381 runs, their third largest margin in terms of runs, and their largest margin of victory completed in four days of cricket. After West Indies decided to bat and several players got starts but never carried on in the first innings, many fans including some West Indian TV commentators begun the cry of “same old West Indies” of the past 25 years. Nonetheless, West Indies posted 289 runs which was just par – 288 – for the first innings of a Test match at Kensington Oval over the past seven years.

Jason Holder knocks over the English batsman’s off stump and wheels away in celebration.
(Source: Associated Press)

West Indies bowlers, with fiery pace, demolished the English in just 182 balls for a mere 77 runs. With a lead of 212 runs, several fans and amateur pundits believed that captain Jason Holder should have enforced the follow-on and re-inserted England to bat again. Knowing the frailties of his bowlers in recent years, in my opinion, Holder decided that West Indies must bat again. After a mini-collapse in the second innings, which saw West Indies lose five wickets for nine runs in the space of 29 balls, “the same old West Indies” chant grew in crescendo from the doubters and deserting fans of West Indies cricket.

West Indies recovered in thunderous style to declare on 415 runs for the loss of six wickets, setting England a mammoth target of 628 runs for victory. The 628-run target was the largest target ever set by West Indies in Test history.

It was then that my mind went back to 1976, of the days of fire in Babylon, and I was able to identify similarities between the third Test between West Indies and England then, and the first Test between the same teams now. In 1976, West Indies made 211 in the first inning of the third Test, bowled England out for 71 in the second inning, and scored 411 for five wickets declared, to set England an enormous target of 552 runs. England was skittled out for 126 as West Indies took a 1-0 lead in the series.

In the match last week, West Indies eventually overran England, bowling them out for 246 runs to take a 1-0 lead in the series. In my mind, the result was never in question given the trends in performances by several players within the team.

In my previous columns this year, I spoke of the players who had performed well in 2018, and those who ascended to gratifying recognition as members of the Test team of the year for several pundits and cricket aficionados. Several of those players were the same players who rose up with notable performances in the first Test. Players such as captain Jason Holder, Shannon Gabriel, Kemar Roach, Shane Dowrich, and Shimron Hetmyer were among those lauded by myself for their 2018 performances. Interestingly, they also performed admirably in that first Test.

Many have asked if West Indies have turned the corner. Truthfully one Test match doesn’t prove that the old fiery and scorching West Indies is back. However, over the past 18 months, within this group of players, I have been sensing that old burning desire that playing for the West Indies means a lot to them. Maybe, just maybe, we are seeing fire return to Babylon.

Zaheer E. Clarke is a sports columnist, a freelance sportswriter, and a multi-award-winning blogger. He believes developing great bowlers is the key to West Indies resurgence in T20, sorry he meant Test cricket.

This blog article was published in the Western Mirror on February 4, 2019.

2 thoughts on “Has fire returned to Babylon?”