For some individuals, LaVar Ball is the “worst thing to happen to basketball in the last hundred years.” On the other hand, right now, he may be the best thing for the NBA.

LaVar Ball has turned heads in more ways than one with his sons and how he manages their promising careers.
(Photo credit: Brad Penner/USA TODAY Sports)

If you follow the NBA and College Basketball, then for the past year-and-a-half you must have heard about LaVar Ball. In 2015, Ball was introduced to the world as the father of three sons, Lonzo, LaMelo and LiAngelo, all elite basketball prospects. He and his wife Tina, a biracial couple, coached an Amateur Athletic Union (AAU) team named Big Ballers VXT for which their three sons played. Thereafter in 2015-2016 prep basketball season, all three brothers played for their high school team, Chino Hills High, which went undefeated. Chino Hills amassed a record of 35-0 to be crowned sectional, state and national champions. This was a true Hollywood story.

Starting in late 2016, LaVar blew up on social media when he made some bodacious comments regarding his sons, their talent level, their future destinations and even his own skillset. For one, he guaranteed that his son, Lonzo, would win the national college basketball title playing for the UCLA. Unfortunately, UCLA didn’t. They lost to Kentucky in the Sweet Sixteen round of the NCAA tournament. He further remarked that Lonzo was a better than Steph Curry. He even went down the sacrilegious viewpoint, according to some, when he claimed that back in his day, he would kill Michael Jordan in one-on-one basketball. The basketball world went berserk. END_OF_DOCUMENT_TOKEN_TO_BE_REPLACED

The ICC has given the green light for the long-awaited Test Championship, an ODI league and the trial of four-day Test matches. Will these changes revive Test and ODI cricket from the stranglehold of T20 cricket? 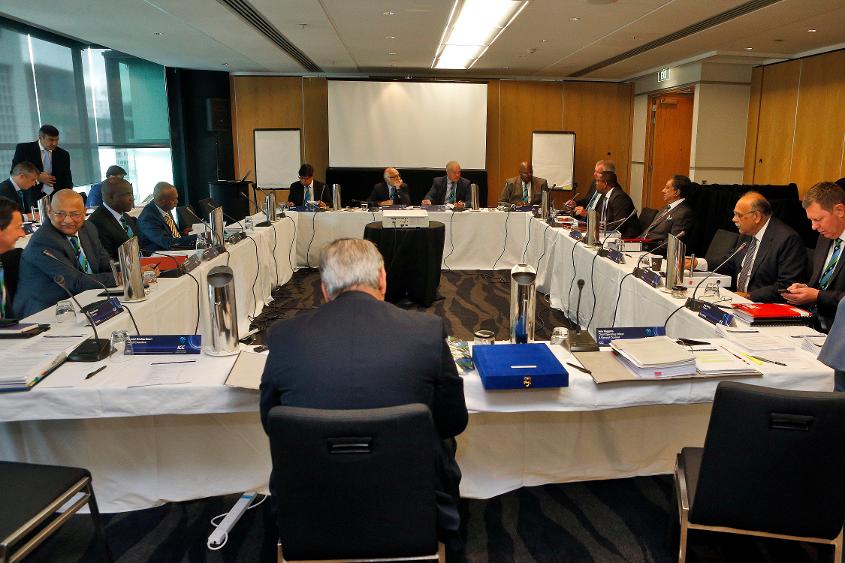 The ICC has finally given the green light for the Test Championship and the ODI leagues in cricket.
(Source: ICC)

Seventeen months ago, I wrote a column highlighting six things we must do to rescue Test cricket. Among the things listed included playing four-day, not five-day, Test matches along with a greater thrust to more day-night Test matches. In columns thereafter, I bewailed the stuttering steps and delays by the International Cricket Council (ICC) in implementing a World Test Championship, one that would add greater context and greater meaning to Test cricket as it fights for survival with the T20 leagues across the world. Thankfully, it seems my cries have been heard.

Last week, the ICC announced widespread changes to the future of Test and ODI cricket. The changes included the long-anticipated Test Championship league, the ODI league and the trial of four-day Test matches. END_OF_DOCUMENT_TOKEN_TO_BE_REPLACED

The NBA All-Star Game had become a circus and an insult to the fans. The NBA announced major changes to the format for the 2018 edition. Will the changes restore the fans’ interest?

The National Basketball Association made a ground-breaking announcement last week regarding the NBA All-Star and how the members of each team will be selected. For 66 editions spanning 67 years, All-stars from one conference played against All-stars from the other conference in the traditional West versus East battle. However, the 2018 edition of the All-Star game will mark a new chapter in the NBA’s Exhibition battle.

On Tuesday, the NBA declared that the East versus West model would be abolished for a model where the opposing teams could comprise players from both conferences as teammates. As in the past, twelve players from each conference will be selected to play in the All-Star game. The starting five of each team will be elected by a combination of voting by the fans, the players and media members. The head coaches will pick the seven reserves from each conference. Nothing new, right? END_OF_DOCUMENT_TOKEN_TO_BE_REPLACED

Last Sunday, NFL players and owners protested against US President Donald Trump’s comments while the US national anthem was played at NFL games. The act, though warranted, was unimpressive and too little, too late.

To provide for his family, Dalfus would do spearfishing, but naturally he was an artist and sculpturing was his passion. He would sit at his shop just outside his front gate and chisel away at raw and misshapen wood until they became beautiful and amazing statuettes. It was while sitting there with him one evening chiselling away at some deformed wood that I learned the priceless maxim, “Money talks and the faecal matter of cows often walk” or something like that. END_OF_DOCUMENT_TOKEN_TO_BE_REPLACED